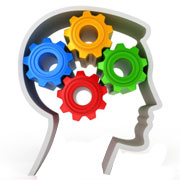 All our lives we are told by the pundits our goals are not realistic. Our dreams are too far-fetched. Our expectations are too high. We are told you have to remember who you are and where you came from. We are preached to that those "things" are for the "other" people; you certainly can't expect that for yourself; whom are you kidding? You'll only disappoint yourself. It will be a big letdown. You know how you are when you get disappointed. I say Crap! CRAP!

The aforementioned rhetoric is what we and every other human being have been told since Guthrie Man. Conventional wisdom has been holding people back for tens of centuries. Being in the majority is a recipe for disaster. A famous man once said, "A sure formula for failure is to try and please everyone." Some might say I built a career on doing just the opposite of pleasing everyone.

How many times in your business life have you been told your goals are unrealistic? And you acquiesce to conventional wisdom and lower your goals? Our lives are a series of lowered expectations year after year. We got pounded by everything around us. Just like our parents and their parents. We are products of our social and economic milieu. And we ask ourselves why there are barrios and ghettos? Remember, you will become whom you hang around with. What if you were judged by the people you surround yourself with? By your advisors, associates, and close friends. What would people think? Forget people! What do you think? How would you judge someone like yourself? Pretty scary, huh?

What a distressing contrast there is between the radiant, intelligent child and the feeble mentality of the average adult. (Freud)

Conventional wisdom says you want to set achievable goals. My life was changed a number of years ago when I heard Ted Turner of Time Warner/Turner Communications (now AOL/Time Warner) fame say "set goals you cannot accomplish in your lifetime." Does that sound like an achievable goal? Does that sound like a goal with a set time frame? Doesn't conventional wisdom say "you must set a time limit for your goal?" B.S.! The pundits tell you that a set time frame will act as a benchmark. Actually it acts as the opposite. It's really a ceiling. How many times have we seen someone give seven days, a month, or sixty days to do something? What happens? It takes exactly that long to accomplish the act. Doesn't it? Instead we should say – as fast as humanly possible! What happens when you're told "I need it now?" It gets done now!

You see, all super high performance people go against conventional wisdom. Turner, Iacocca, Ford, Dell, Edison, Gates, Jobs, Tom Watson, Perot, Fred Smith, Knight, Bezoes, and probably any superstar you know all subscribe to do what others felt was wrong. And in every case, probably something that was not considered achievable. In other words, the very opposite of conventional wisdom. That same conventional wisdom that is preached in our schools. And we wonder why we're not more successful! Why our children are not high achievers! We wonder why kids are so ill-prepared for life! We wonder why there are so many dufuses! (I'll write a great deal about dufuses in future issues). Wouldn't you like to have some chances back again? The things you didn't do. And you say you can't. Why? Because of your responsibilities, family, kids, etc. Because others say so? Because time has passed you by? Because you are too old now? Because you don't have the energy any more, or even because you're too young? Because! Because! Because! Conventional wisdom says you can't, that's why!

Colonel Sanders was 65 years old when he decided to sell fried chicken in a cardboard box. Grandma Moses was in her 80's when she decided to paint. How old are you? Is your idea any more funky than Sanders? Grandma Moses'? Is your idea any stranger than Ross Perot's idea to build a company that could outsell IBM at what they did better than anyone in the world? Cheaper? Starting with $1,000? Or what about a teenage Bill Gates wanting a computer in every U.S. home! I don't think so! Who's kidding who?

What about the proliferation of dot.com companies. There are literally thousands of dot.coms founded by 20-year-old kids to senior citizens. Think about the following: In 1994 there were virtually no dot.coms. In 1999 over 300 dot.coms had IPO's for a market capitalization of a trillion dollars; and it's estimated in 2000/2001 over 900 dot.coms will come to market. The 294 companies doing the most business on the internet have an average market cap of $18 billion. That's 30 times the average NASDAQ non-dot.com company's market cap!

It's a changed world! Are you changing?