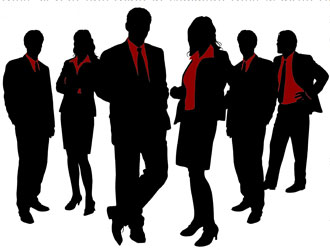 They all had one thing in common: they wanted to make more money, lots of money. we’re talking serious money. And Dan Peña millionaire and speaker extraordinaire was going to show them how… for this they were prepared to pay hundreds, even thousands …was it worth it? Streetwise Business finds out…

It was as going to be 3 days of four letter words, hard facts and real life scenarios. Peña tells it the way it really is – no feelings spared. “We’re all self made but only successful people admit it. What’s keeping you from doing it – YOU!” booms Peña. The 3 day intensive ‘Quantum Leap’ seminar had begun.

If you don’t like bad language don’t go. If your sensibilities can take it without being offended there’s much to learn …but listening to Pena you can’t help wanting to throw up every so often. But doesn’t the truth always hurt?

“The only place where success comes before work is in the dictionary” according to Vidal Sassoon.

“High performance people don’t keep track: they’re macro thinkers’ not micro thinkers. To be really successful you can’t be part-time. You have to be enthusiastic – have passion.” says Peña.

“Instead of Tunnel Think Funnel.”

There are no illusions as to why anyone is at this seminar: “I’m here to make you f—— rich not motivate you like Deepak Chopra or Tony Robbins,” bellows Peña.

“I have been dead in business five times. I know what it’s like to have a house repossessed …I’ve been there…l can be rich… I know I didn’t do it by accident…there’s no doubt in my mind I can do it again…the shit works…you can be Forrest Gump. It’s not that hard.”

But you can’t help feeling it’s more than ‘fashion’ that got some of the delegates there: some were already millionaires’, one admitted to being a ‘seminar junkie’ on the verge of having his house repossessed desperate to learn where he’d ‘screwed up’.

“The road to success is always under construction …there are lots of pot holes but no traffic jams. There are two great levers- other people and other people’s money.” says Peña.” The 90’s is about selling. I am a salesman not a business executive”.

Mentors & Dream Team
“To succeed build your dream team and get yourself a mentor,” advises Peña. “and you can raise money without a business plan”.

“You interview the banks..don’t go to them with a begging bowl..” The delegates perk up. They want to hear more of this. This is what they’ve come for.

Referred to as the ‘bulldozer’ of knowledge you can’t help respecting Pena – albeit begrudgingly. This man is nobody’s fool. Hard as nails he doesn’t suffer fools – and will tell you exactly what he thinks…

Words of wisdom fall thick and fast. Peña doesn’t do himself justice – he does have a little Deepak Chopra in him.

The Banks
Peña doesn’t believe in business plans: “by definition the figures aren’t right. The income is always less, the expenses always more. The banks only want to fill their files. Deal with the banks like it’s monopoly money. You should be able to get an overdraft for at least lock of turnover”.

The DUFUS TEST
You are who you hang around with. So make sure you put people through a test advises Peña. “Once you learn to make money it is not that hard….what’s hard is to stay excited about it..

This is from a man who has taken to hunting pumas in the dark for his kicks..

Mega Wealth
Serious wealth isn’t for everybody. And it doesn’t bring a balanced life, Words of warning that most in the audience needn’t worry about – yet.

Walk Your Talk
The best way to predict the future is to create it yourself. Peña believes that if you look good you will feel good and act good. Look the business.

In order to take a ‘quantum leap’ .you need to take the offensive. You cannot achieve exponential gains from a defensive posture insists Peña.

The key to success is to create priorities, make new choices, establish new ideals- leading to a new lifestyle. There’s no doubt: to succeed you will need to change your mind set. Motivation is like a fire unless you add fuel it goes out. Be committed to do what it takes to have what you want.”

The message comes across loud and clear: “the only things in life you regret are the risks you didn’t take”.